STL Baseball and the All Brothers Team

In honor of the Cardinal’s home opener, I decided to grab my favorite local beer, Sparkle Motion, and start writing.

( disclosure: owned by my family, but my favorite regardless)

Back in the good ol’ days, before I was even a thought, My Great Grandma and Grandpa Orlando reproduced like bunnies. 11 boys and 3 girls. This is just a personal opinion, but I have two kids and I would not wish 14 kids on anyone.  Now, if you are trying for that many kids no judgment, but you might want to look into that beer I was just talking about.

The picture was taken from the Orlando Brother feature in St. Louis Memories, By Lonnie Tettaton. This book has been passed around our family to help us honor and remember our family history.

Family history is great and all, but why am I telling you about my family in a baseball post? The funny thing is, those 11 boys became the first all brothers baseball team in the United States. Yep, my Great-Grandma spent a rough total of 400 weeks pregnant with just the boys so they could have their own team. Just let that number sink in.

All kidding aside, this is an extremely interesting story and a unique piece of St. Louis history that most people don’t know. I just happen to be one of those player’s granddaughters and have the inside scoop. The team was covered by the St. Louis Post Dispatch and even made an appearance in Life Magazine.

Baseball didn’t just end when the game was over for these boys. Morning practices and evening backyard games were the routines. When you live with/by your baseball team you play morning and night, especially when your Dad is the coach.

My Great Grandfather, Giuseppe (Joe), was a fruit stand owner by day and an all-son baseball team coach by night. That’s a pretty sweet resume. In Italy, he was a fisherman and he came to America as a young man where he began a St. Louis produce stand. He met my Great Grandma, Agatha (Lena), in St. Louis.

The youngest brother was not old enough to play yet, so he was the water boy, and all the sisters, wives, and children made up the cheering section.

Their mom, my Great Grandmother, was the definition of a true Italian woman. Born in Italy, she came to America with her family when she was only a baby. Grandma Lena would bake her own bread, make homemade pasta sauce, and prepare  10 lbs of noodles to fill her family’s bellies every meal. Present-day, I can barely get a jar of sauce open and poured on a box of noodles before my kid’s meltdown. I’m not sure I inherited her cooking abilities.

One of the brothers went on to play for the St. Louis Cardinals Minor league team. He ended up retiring early so he could get married and start a family. I know that’s not the decision most would have made, but it’s a pretty unique thing to be that devoted to family.

Pictures from feature in St. Louis Memories, By Lonnie Tettaton.

Many of the brothers owned bars in Downtown St. Louis during and after this time. Eventually, for different reasons, they closed up shop and moved into the produce business.

My Grandpa, Mercurio (Mike), was one of the brothers that continued in the produce business. He returned from serving in World War 2 in 1944, where he received the Purple Heart. Upon his return, he joined the family business and opened a produce stand in Jennings. He owned this stand until he retired.

Read More About My Tie to Small Businesses in St. Louis Here

So back to the present-day, and how I can tie this into current local businesses in St. Louis. A generation later, the Orlando Brothers and Sisters moved all over the St. Louis region, continuing my Great Grandfather’s profession. There are roughly a dozen produce stands in the St. Louis area that are still owned by descendants of my Great Grandpa Joe.

The 11 sons names according to age.

Generations of produce pickers, don’t think you can get better pickers than that.- TokenScreech joke for this blog.

So next time you are at a store and the product is subpar, look them up.

Soon, I will be writing about some Italian spots in the St. Louis area you won’t want to miss. From bakeries to markets, I have some pretty good insider info you will want to have.

In closing, I want to wish everyone a safe and happy home opener. Find a local spot, drink some local beer, and LETS GO CARDS!!!

P.S. The Clydesdales are back. #eyeontheclydesdales 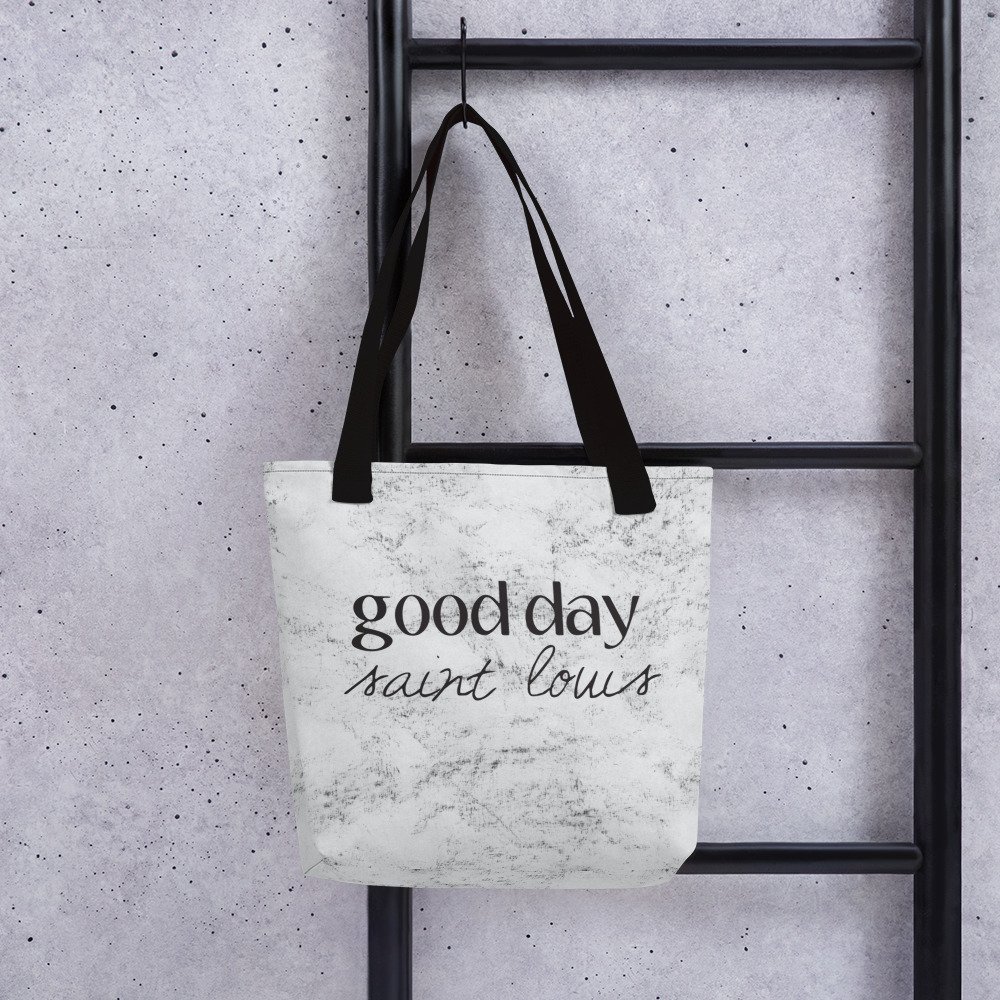 Good Day STL Tote is a versatile and comfortable addition to anyone’s look. The white marble pattern is trendy and will compliment any outfit. Its dual handles are made from 100% natural cotton bull denim and ensure easy-carrying. Just throw in your laptop, a notebook, or anything else that you need during your daily outings—this bag can carry up to 44lbs of weight.

Want to stay up to date on our blog? Subscribe to our newsletter!

We use cookies on our website to give you the most relevant experience by remembering your preferences and repeat visits. By clicking “Accept”, you consent to the use of ALL the cookies.
.
Cookie settingsACCEPT
Manage consent

This website uses cookies to improve your experience while you navigate through the website. Out of these, the cookies that are categorized as necessary are stored on your browser as they are essential for the working of basic functionalities of the website. We also use third-party cookies that help us analyze and understand how you use this website. These cookies will be stored in your browser only with your consent. You also have the option to opt-out of these cookies. But opting out of some of these cookies may affect your browsing experience.
Necessary Always Enabled
Necessary cookies are absolutely essential for the website to function properly. These cookies ensure basic functionalities and security features of the website, anonymously.
Functional
Functional cookies help to perform certain functionalities like sharing the content of the website on social media platforms, collect feedbacks, and other third-party features.
Performance
Performance cookies are used to understand and analyze the key performance indexes of the website which helps in delivering a better user experience for the visitors.
Analytics
Analytical cookies are used to understand how visitors interact with the website. These cookies help provide information on metrics the number of visitors, bounce rate, traffic source, etc.
Advertisement
Advertisement cookies are used to provide visitors with relevant ads and marketing campaigns. These cookies track visitors across websites and collect information to provide customized ads.
Others
Other uncategorized cookies are those that are being analyzed and have not been classified into a category as yet.
SAVE & ACCEPT